Henry McNish (McNeish) was born in Port Glasgow on 11 September 1866.  He was the 3rd in the family of John McNish and Mary Jane Wade.  John McNish was a shoemaker and the couple had married in 5 November 1869.  Harry, as he was known became a skilled tradesman, a carpenter, hence the nickname Chippy, and a metal worker.  Harry was a member of the United Free Church of Scotland and held strong socialist views.  He could be described in some ways as a typical Scot prone to speaking his mind and to question authority which did not always make for popularity.  This led to many clashes with Shackleton, who was leader of the Endurance expedition.  What has never been denied was his skill as a carpenter and his loyalty as a friend. 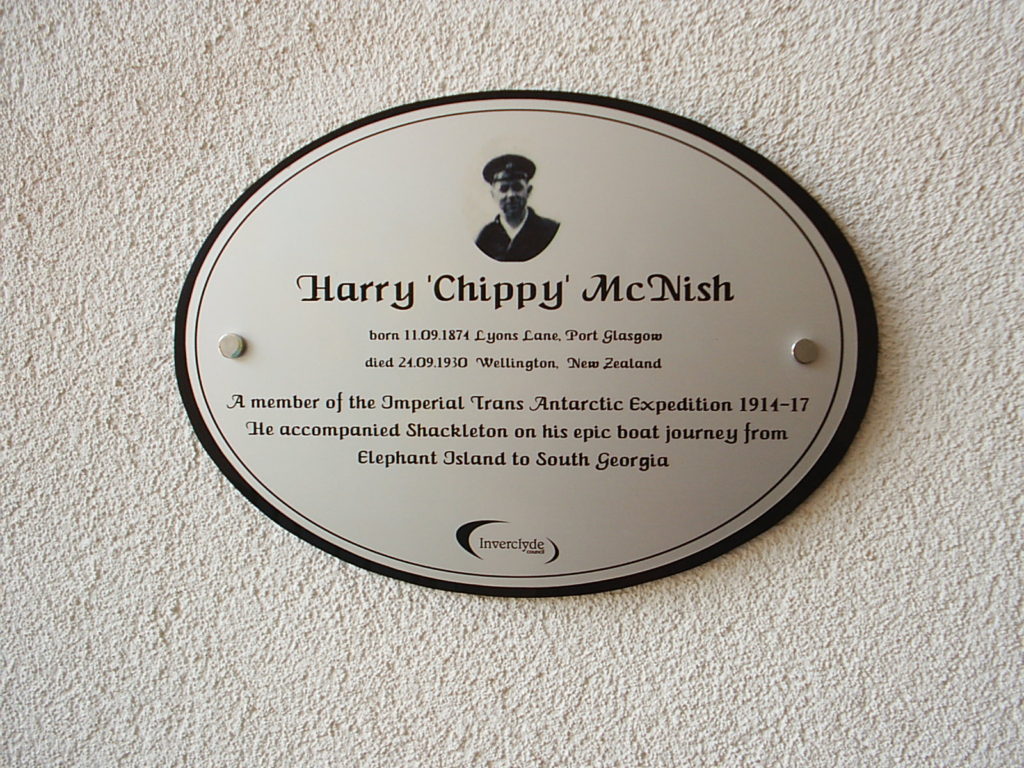