Robert Dunlop was born in Greenock in 1790, he was the 2nd son of Alexander Dunlop and Janet Graham.  He joined the Royal Navy in his early teens and by the age of twenty had reached the rank of Lieutenant and served in the Napoleonic Wars. He was later promoted to the rank of Captain.  Robert retired from the Royal Navy in 1823 and joined his younger brother William in Upper Canada in 1833. Robert and William lived together, as neither was domesticated they sent back to Scotland for a housekeeper.  Shortly after Louisa McColl arrived tongues began to wag,  to save her reputation the brothers decided one of them should marry her.  They tossed a coin which William supplied, unknown to Robert it was two sided, and Robert lost. 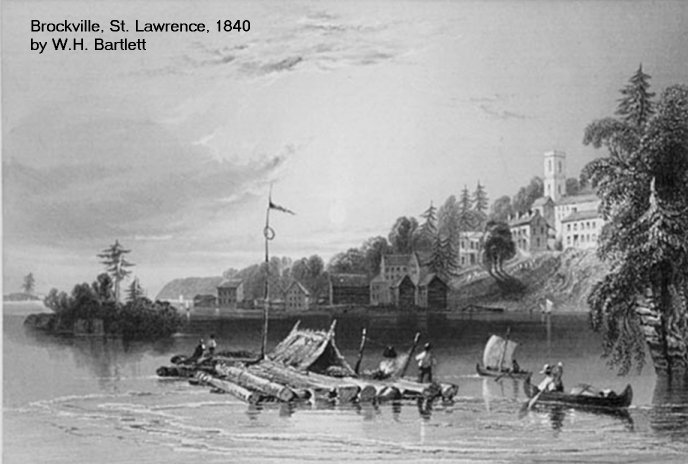 Robert became Huron County’s first member of the House of Assembly in 1835. Although living in Canada  he was a patriotic Britain and fought to maintain the British connection.   As an MP, he supported the Huron Fishing Company and improvements to Goderich Harbour.  He was involved in the anti-slavery campaign and spoke about the advantages to the country in educating  the black people of Toronto. 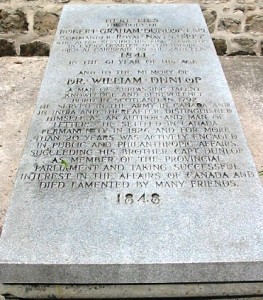 The grave of Robert Graham Dunlop and his brother William Dunlop

Inscription reads:
HERE LIES
The Body of
ROBERT GRAHAM DUNLOP, Esq.
Commander, Royal Navy & M.P.P.
who after serving his King and Country
in every Quarter of the Globe,
died at Gairbraid on the 28th Feb,
* 1841 *
in the 61 year of his age