John Rowan was beadle at the Old West Kirk for 40 years and was succeeded by his son-in-law Andrew Mitchell. 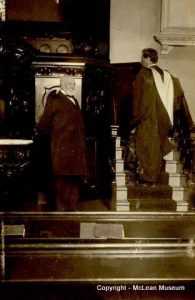 John with his minister Rev Adam Currie towards the end of his career as Beadle at the Old West Kirk.

John was born in Ayr in 1820 and was a shoemaker all his working life.  He lived with his wife a daughter in Paisley before eventually settling in Greenock. 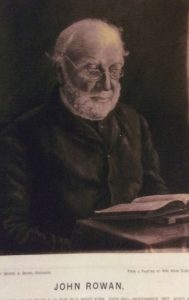 To mark his retirement Mrs. Currie painted a portrait showing John with his Bible.

In the 1851 census he is shown as a lodger in Paisley with his wife Elizabeth and their daughter Jessie.  By the following census the family are now in Greenock at 20 Ann Street and the family has grown with John, Margaret and Robert now alongside Jessie.  Sadly Elizabeth died in 8 November 1863 and John had remarried to Janet Kennedy the following year.  In the 1871 census children Kerand and Janet  appear.  The family are now living at 1 Nicolson Street in the town.  In the 1881 census only Janet is with her parents.  By 1891 the family had moved to 9 Nicolson Street where John lived until his death, Young Janet having married Andrew Mitchell and lived with her father. 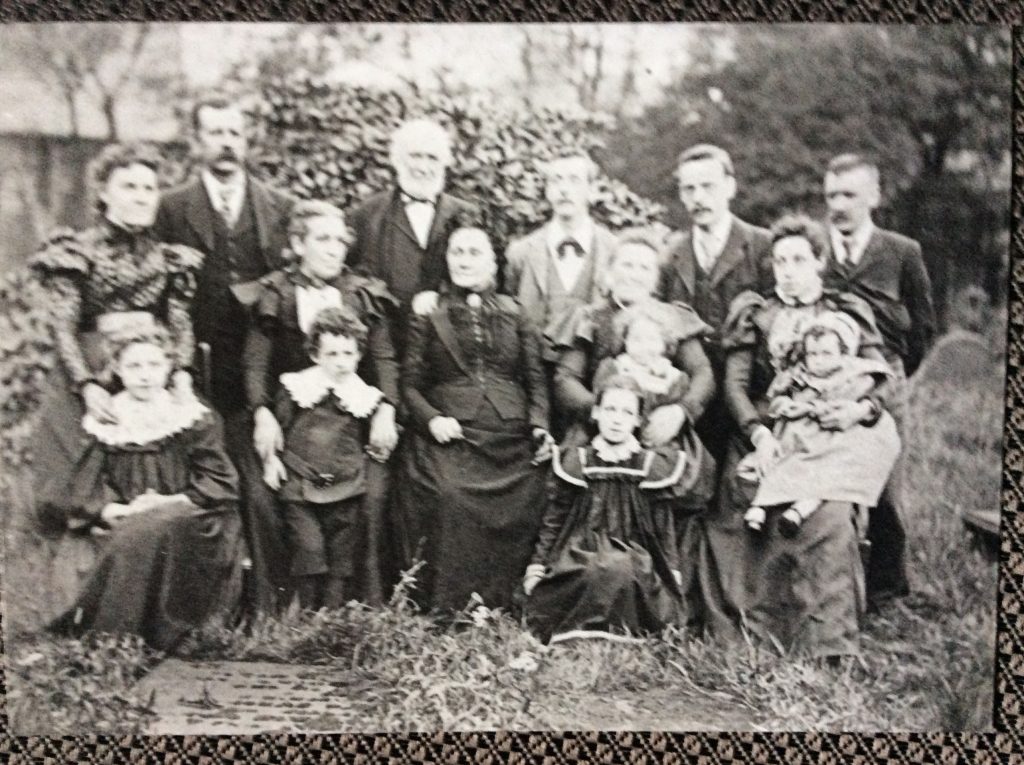 John with his large extended family. (photo a bit out of focus but that is the way I received it.)

John died 23 April 1909 and is buried in Greenock Cemetery.