A China tea clipper was built in Dumbarton by Scott and Linton for John Willis and Sons, London.  It was built for speed to compete in the China tea trade and was launched on 22 November 1869.  However events overtook this ambition to be the fastest clipper as the Suez Canal opened on 16th November that year so driving the clippers out of the China tea trade and handing trade over to steamers.  At her launch she was named the Cutty Sark after the witch in Robert Burns’s poem Tam O’Shanter.  The paint work was to be very distinctive with its black sides and gilded scroll work and her figure head of the witch in her short shirt (sark).

The cutter was towed to Greenock to have mast and rigging fitted on 21st December 1869.  She was moored at the shipbuilding yard of Robert Steele near Cartsdyke.  Ropes were supplied by the Gourock Rope works.

Left the Clyde for London on 13 January 1870 and a fortnight later began taking in her first cargo and she set out from London on maiden voyage to China 16 February 1870. 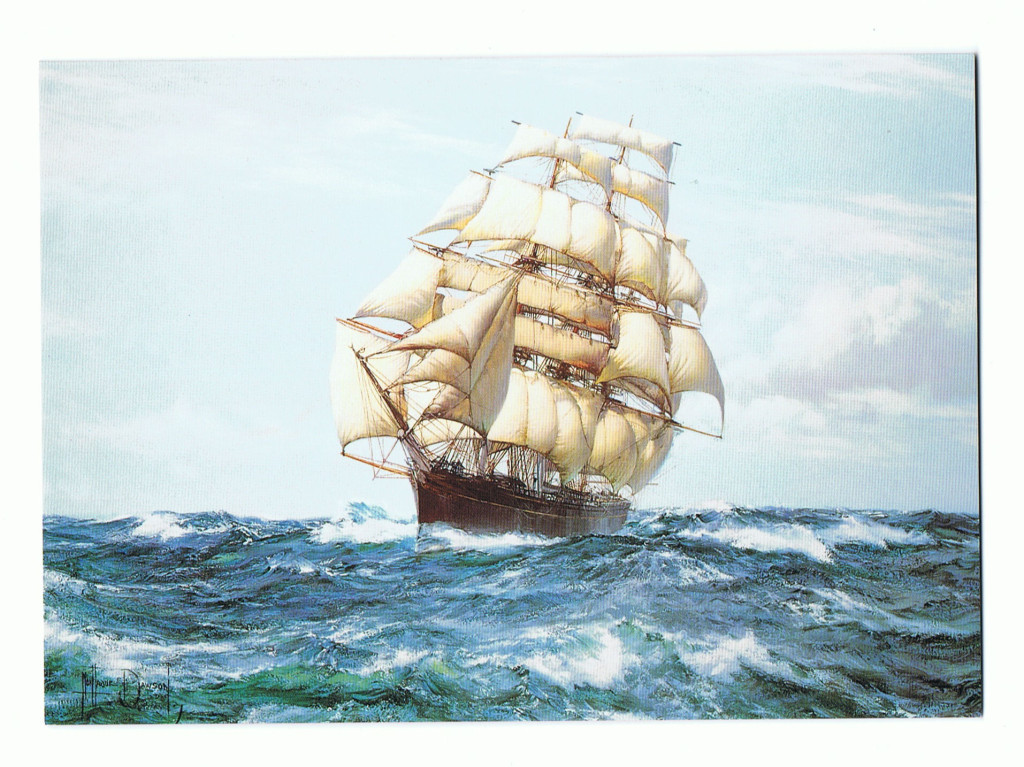