Local Greenock Post Office Directories list several studio photographers from the early days of photography. It is interesting to note that from 1855 until 1865 they are listed either under Sculptors or Miscellaneous. Some studios were developed and run by local photographers while others were branches of larger businesses usually based in Glasgow.

Here are several photographs of local people taken in Greenock.

The studio of W. McLennans was in Nicolson Street 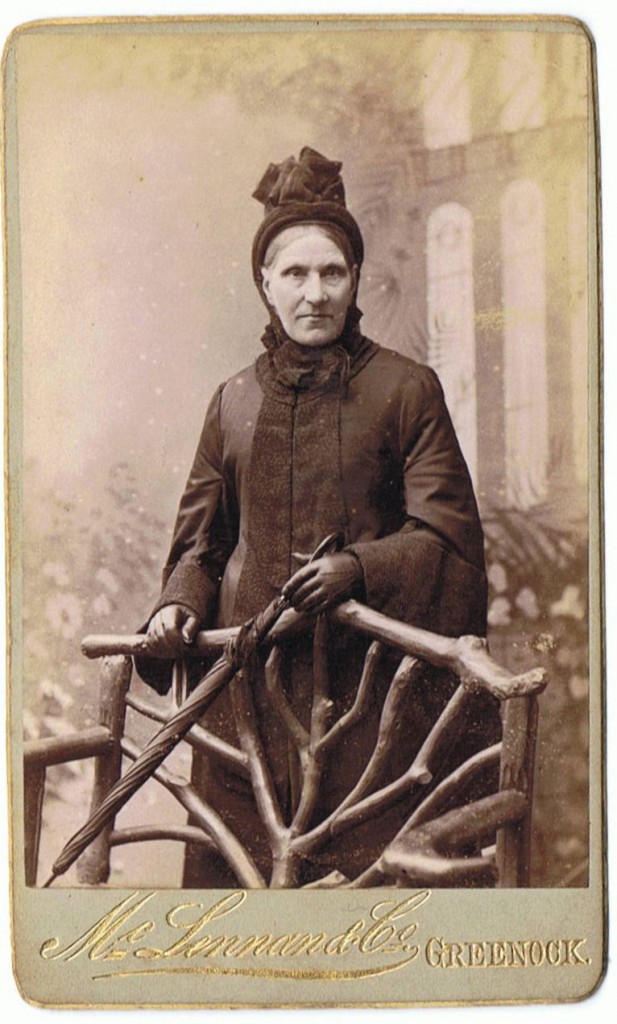 Turnbulls were based in Hamilton Street and later in Cathcart Street while Uries were also based there at various times as well as Westburn Street and West Blackhall Street.

Crawford Hamiltons was in Westburn Street.

Fergus the photographers were in West Blackhall Street. 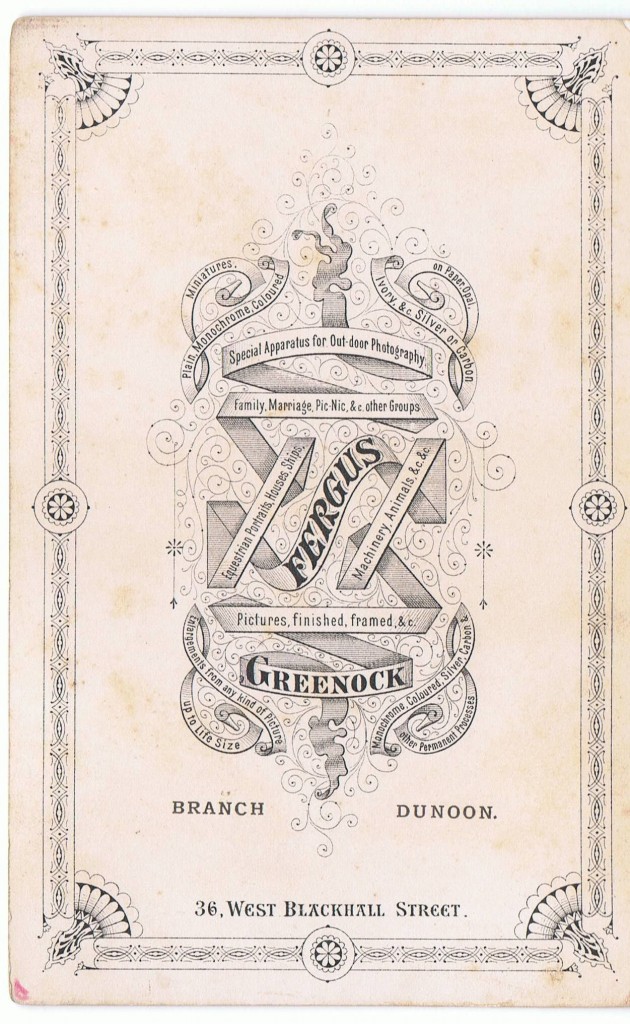 Below is a list of names and addresses of studios as well as home addresses – if known and where possible some census references:

John Fergus was born in Paisley in 1840 to Walter Fergus and Elizabeth Thom, their fifth child. He was apprenticed to McKenzie the photographers of Paisley but was ambitious and soon set up his own businesses in Greenock and Largs. The Greenock business was in partnership with his brother Charles, who latterly took over and expanded this side of the business to Millport and Dunoon. These enterprises involved various member of the extended family and his son Walter later having a studio in Blyth, Northumberland.

Meanwhile John had had several studios in Largs before buying Blackdales, a mansion in Charles Street. This became the family home of his parents and the rest of the family until they married. John built on to the house several very grand studios each furnished in different styles and he had several employees to work for him. John became well known in the photographic world and several of his photographs of well know people of the day can be seen in the National Portrait Gallery in London. He also photographed King Edward VIIth when he was Prince of Wales. 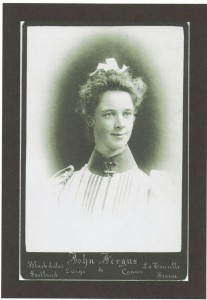 In 1883 he married Maria McLean at a double wedding at Highbury Church, London with his sister Mary who married their cousin Dr Charles Stirling. John and Maria had one son, Walter who married Mary Christina Allen but they had no family.

Sadly, John’s wife Maria died in 1899 and after this John seemed to lose heart for his business and later sold out.

The family are remembered in a splendid memorial in Largs Cemetery. 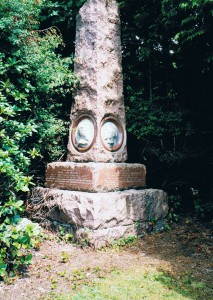 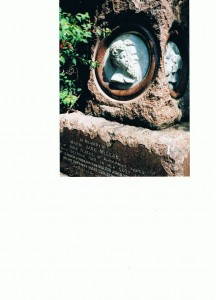 Photographs taken by John Fergus in 1870 to celebrate the wedding of his cousin William Dickson Stirling to Mary Smith. The older man is his Uncle James Stirling, William’s father.