Margaret Victoria Chisholm and her Bible 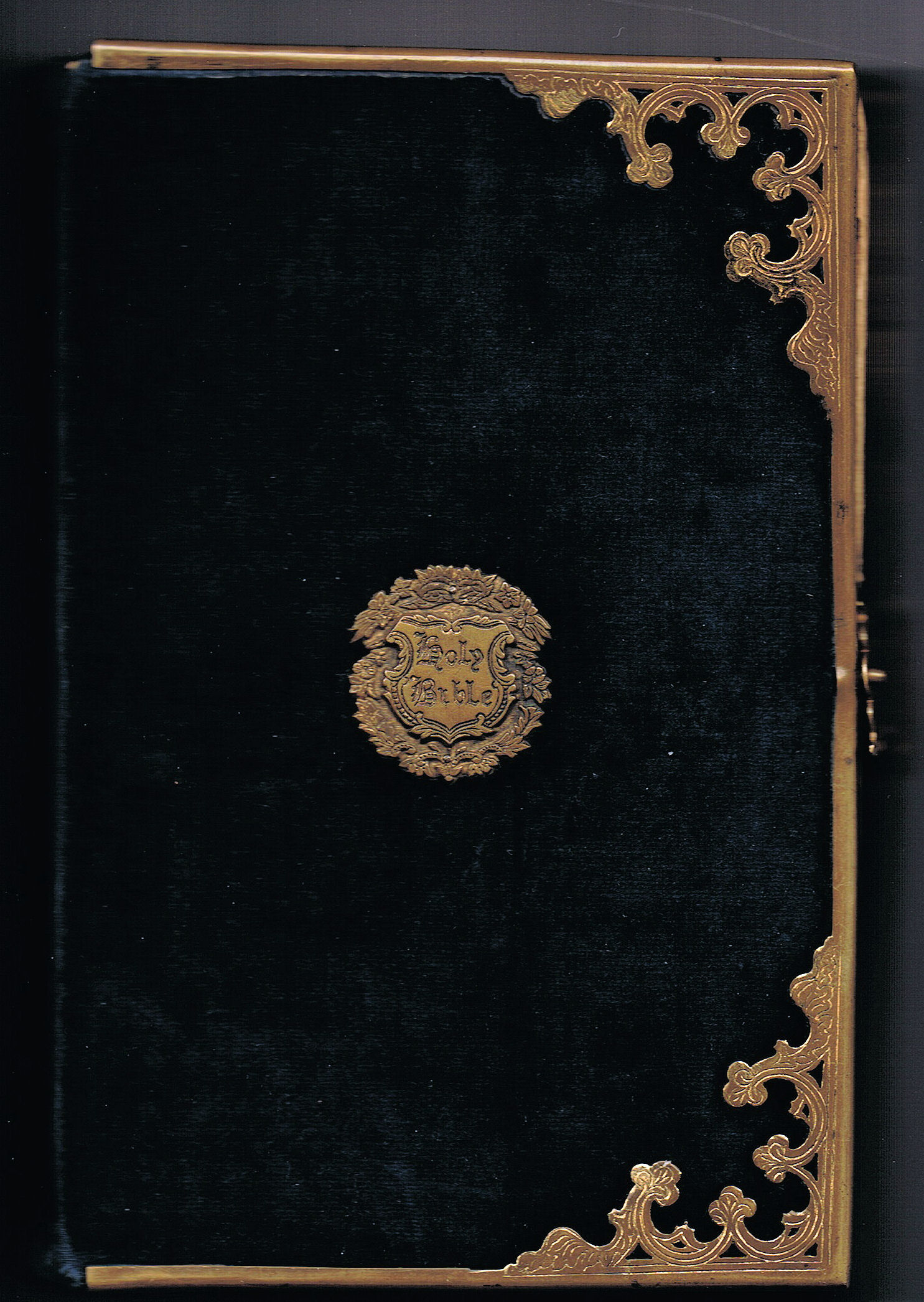 The mystery of the small Bible covered in blue velvet with brass edgings and lock.

It was found in a house being cleared in Edinburgh by a relative and taken to the Newcastle area.  She had no idea who it had belonged to but thought it too beautiful to be thrown out.  Subsequently she gave it to a lady whose son worked in Greenock and she in turn passed it on to him who in turn passed it on to one of the volunteers who is involved in the Inverclyde Heritage site and so it came back to the area looking for a home!

Inside are several inscriptions in the front and back covers, among them:

There seemed to be a story to be told and so the hunt was on.

The first inscription was a sad one as the Bible was given to a Margaret Chisholm at her birth in 1859 from her mother Isabella (Nicol).  According to the inscription, her mother died in 1861 leaving her husband John Chisholm to care for the baby.   At that time the wee family lived in 41 Lynedoch Street.  John, a baker, re-married in 1862 to a Jane Whiteford then tragically he died in 1863 (at 35 Nicholson Street).  Jane then died in 1865 leaving Margaret an orphan.  In the 1871 census Margaret is showing as living with her maternal grandmother Mary Nicol and her uncle Donald in the town at 32 Crescent Street.  In the 1881 census Margaret is caring for her uncle Donald (Daniel) Nicol at 19 Belville Street.  The uncle died shortly after this.  Tragedy seemed to follow her around!

She appears to have gone into service in Edinburgh as the next reference is that she is married to William Robertson a printer in 8 December 1887 and in the 1891 census is still living there with their first child Isabella at 21 Brunton Terrace.  In the 1901 census the family appear to have moved to Cambusnethen in Lanarkshire and William is show as a pithead man.  Two other daughters have been born in Edinburgh, Janet, age 9 and Margaret age 6.

She died in Dunfermline in 13 February 1931.  The death was registered by a daughter D. Robertson. Her husband William died in 1936.

If you have connections with this family and would be interested in having the Bible for your own archives please get in touch with us.