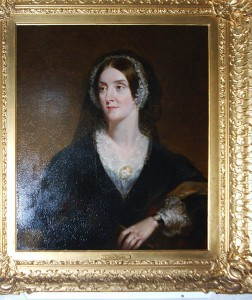 Louisa Augusta Fanning was born in Canada to General Edmund Fanning and Phoebe Maria Burns on 3 October 1786 at Halifax Nova Scotia.  Her father was the governor of Prince Edward Island.

On 28 June 1830 she married Gabriel Wood by special license in London.  They made their home in Bath, Somerset.

She along with her sister-in-law, Frances Wood, honoured her late husband’s wishes that a home be built in his home town of Greenock for retired mariners from the Clyde area.

To the original sum of £38,000 bequeathed by Sir Gabriel, Dame Louisa added £3,200 and her sisters gave £3,000 and £3,500 respectively and Frances Wood – Sir Gabriel’s sister, bequeathing various heritable properties in Greenock and Gourock. 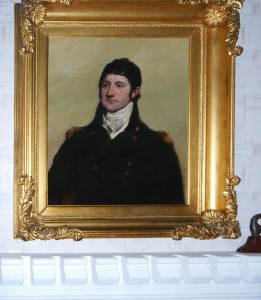 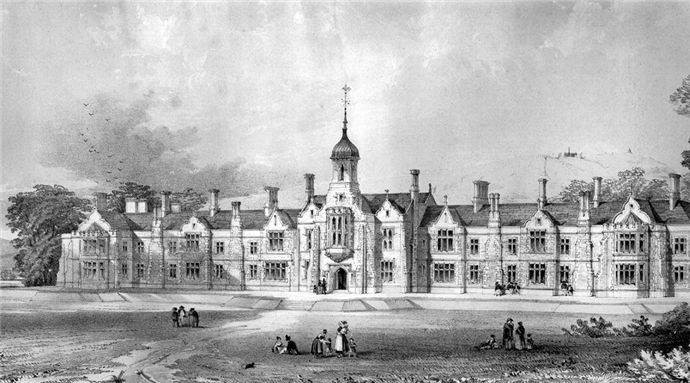 (This image is provided only for browsing, viewing and non-commercial, domestic personal use.)

Dame Louisa left in her will $1,000 for a library to be built in her home country of Canada in Lennox Island.  It was called the Lady Wood Library, later becoming Lennox Island’s Community Centre.  After renovations it is now called the Lennox Island Technology and Innovation Centre.