By the 1881 census the family had moved to Gourock.  The father was a local business man, secretary to The Beetroot Sugar Association and who was also involved in several local groups and associations, the Gourock School Board, and the Gourock Liberal Part and was latterly a Justice of the Peace.  He died on 15th February 1917.

As the only girl in the family it is told that Agnes was a tomboy and was a keen sailor.  She was educated a Cheltenham Ladies College and then went to Glasgow School of Art from 1894 to 1899.  From there she went on to study at the London School of Silversmithing returning to Scotland and teaching in the GSA from 1904 to 1908. 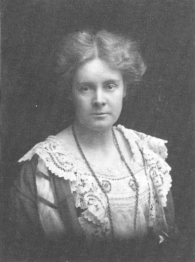 She specialised in metal and enamel ware and won prizes for her work and exhibited internationally in Turin, Budapest and Berlin among others.  These wall sconces are thought to be designed by her. 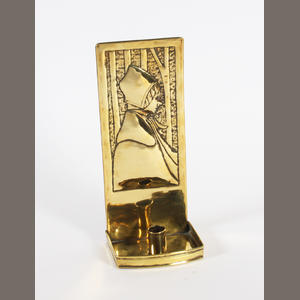 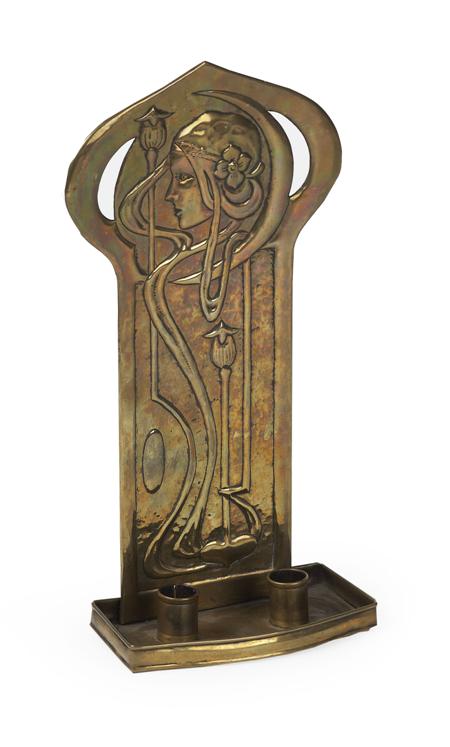 She received many commissions for her work and among them was a commission by the Royal Gourock Yacht Club for a metal work coat of arms.

In later life she lived in the artist’s colony in Kirkcudbright, the Close Coterie.   It was here that she continued her work making jewellery and objects in brass and repousse metal and enamel.   It was here too that she brought up her niece and nephews.

Agnes is 4th from left

She died in Kirkcudbright in 1947.