Posted by author2 on August 30, 2012 in Artists and Designers, Writers and Poets

George Logan was born in Beith, Ayrshire in 1866 to John and Jessie Logan.  After school he was an upholsterer’s apprentice in the flourishing furniture industry in Beith. 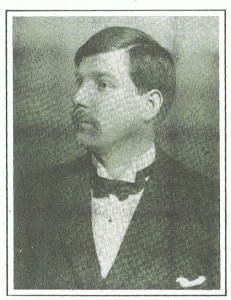 He became a furniture designer for the prestigeous Glasgow company of Wylie & Lochhead having turned down an offer of work from the London firm of Waring and Gillow.  He, along with E.A.Taylor and John Ednie took the firm to international status as they exhibited in many international exhibitions and won many awards.  Their contemporary in developing the distinctive Glasgow style in the early 1900s was Charles Rennie Mackintosh. 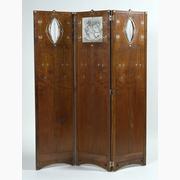 As well as being a furniture designer he was a talented painter and crafstman and there are many examples of his work  in the Glasgow museums collection at Kelvingrove and now also in the V&A Dundee – including furniture, drawings, metal work and ceramics.  In later life he concentrated on painting.  He was also a talented musician and a poet and many of his poems and prayers were published in the Greenock Telegraph over the years. (see under “Writers and Poets”) 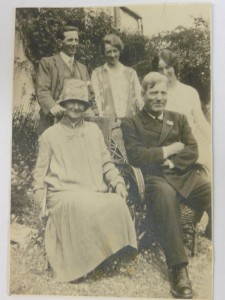 George and family on holiday at Crarae. He was working on a commission from the Duke of Argyll at Inverary Castle at the time.

He lived with his wife Jenny and their family in Greenock and later in Gourock.

His many poems appeared in the Greenock Telegraph over the years from about First World War until about 1930.