Posted by author2 on October 17, 2014 in Artists and Designers

Archibald McVicar was born in Rothesay in 1796 to Dugald and Ann McVicar.  His father was a blacksmith.  At some point in his early life he moved to Greenock and in 1822 he had a carver and gilders business at 6 William Street, ref: Commercial Directory 1821 – 1822.  By 1832 Archibald had his  carver and gilder’s business at 2 Bank Street, Greenock where he remained until 1852. The census of 1851 shows that Archibald had retired from business. It would appear in his retirement he took up painting and painted scenes of Greenock.  He also painted  a portrait of Sir Gabriel Wood.  He died in 1861.  He never married. 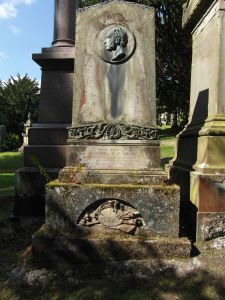 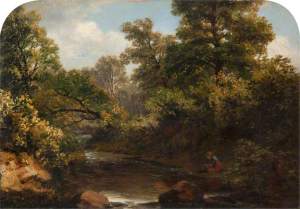 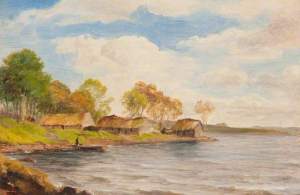 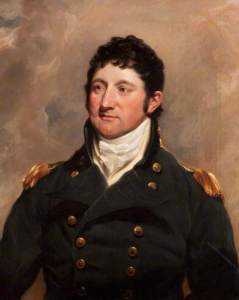