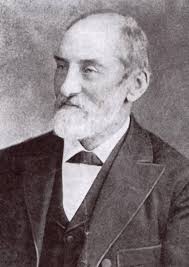 Peter Dodds McCormick  was a joiner, a teacher, a musician, chorister and composer and very active in the Presbyterian church in Australia.

McCormick was born in Port Glasgow in 1834, the first child in the family.  In the 1841 census the family lived at Scott’s Lane in the Port but by the 1851 census the family were in Glasgow. His father, Peter was a mariner,  his mother was Janet Dodds.  He served his time as a joiner and when he was twenty-one Peter emigrated to Australia, sailing on the ship the Anna from Glasgow.  It arrived in New South Wales on 2nd February 1855.   He worked at his trade for a while in Sydney but was getting increasingly involved in musical societies and became a teacher. One particular night he was a bit perturbed that Australia didn’t have a National Anthem so he went home and wrote one. In the morning it still seemed pretty good. He called it Advance Australia Fair.  It’s lyrics are found on the final pages of Australian passports. 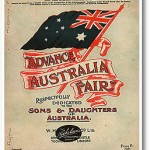 Australians let us all rejoice,

For we are young and free;

Our home is girt by seas;

Our land abounds in nature’s gifts

Of beauty rich and rare;

In history’s page, let every stage

Beneath our radiant Southern Cross

We’ll toil with hearts and hands;

To make this Commonwealth of ours

Renowned of all the lands;

For those who’ve come across the seas

With courage let us all combine

In joyful strains then let us sing

He married in Australia, firstly to Emily Boucher who died in 1866 and then to Emma Denning (she died in 1924).  They were both school teachers.  Peter died in Waverly a suburb of Sydney in 30 October 1916 and is buried in Rookwood Cemetery.

There are many items about his life and career in Australia on the internet and he appears in the Australian Dictionary of Biography.

Learn more at this site: www.hamilton.net.au/advance/author.html