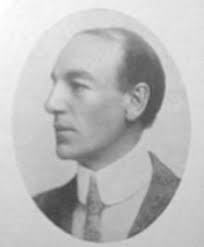 Hugh Enes Blackmore (1 October 1863 – 21 May 1945) was a British opera and concert singer. Known as the ‘Iron-Throated Tenor’, he is best remembered for his performances of tenor roles with the D’Oyly Carte Opera Company. His career with D’Oyly Carte spanned almost 30 years, and he briefly became the company’s stage manager, and was later a teacher of operatic singing and acting.

Blackmore was born at 53 Forsyth Street, Greenock in Scotland. His parents were Elizabeth and Edward Blackmore.  Edward was a marine engineer and he lived in various places not only in the UK but in India in the course of his work.  Hugh attended Fettes College in Edinburgh where he sang tenor solos beginning at age 14. Encouraged by Alexander Potts, his headmaster, Blackmore took lessons in singing and thought to make a career in grand opera by training in Italy. However, Blackmore’s father wanted him to follow a more secure profession, so he trained as a solicitor. Finding this not to his liking, he gave up law and studied singing under Signor Caravoglia.

Blackie (as friends called him) married Theresa (Tessa) Mary Hewett Snelson, a fellow D’Oyly Carter  in 1902.  They had no family.