Mrs. Dougan, who is now eighty one years old, left school at fourteen and started work in the Merino Mill.  That was in 1946.  Over the years she worked in many different departments and eventually became a supervisor.

Her first job was as a cutter but she also worked at separating the wool.    Her wage when she first started was £1.10 a week.

She loved the mill and said the girls were her pals as well as her workmates.  In the cutting department Jean said they all had to scrub their own workspace.

Another job Jean had in the mill was in the knitting department where she was on piece work and earned £5 per week which was considered to be good money.

Mrs. Dougan only left the mill when she got married in 1950.  This was what women had to do in those days. No married women were allowed to go on working.

She remembers the mill producing socks, jumpers and cardigans.

Later on, Mrs. Dougan worked at a small factory called Nortons where it was all machine knitting that was done.   This factory was on the site where the Loreto Club now stands, in Houston Street, Greenock.

Here are some photos of Jean and her colleagues from the mill. 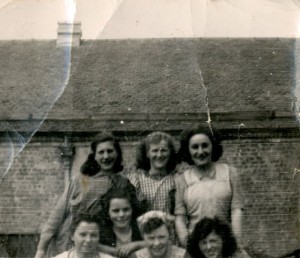 Jean is the one with the turban 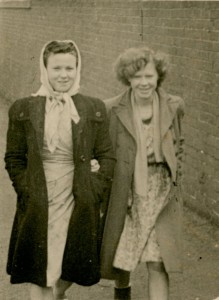 Jean with her friend and workmate, Rose 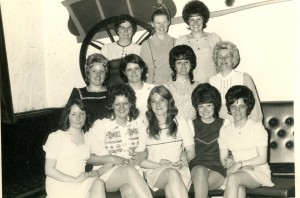 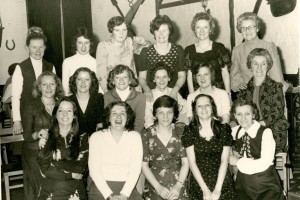 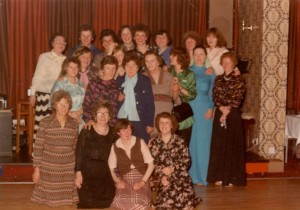 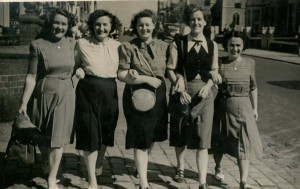 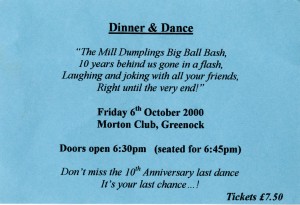 As you can see from all these celebratory photos, it was not all work for the girls of the Merino Mill.

Jean was one of the employees who took advantage of the training schemes and courses on offer at Fleming Reid’s.  here are her certificates to prove she attended these courses. 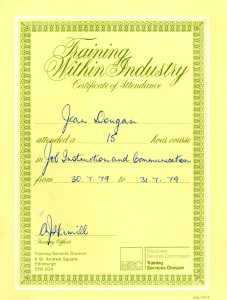 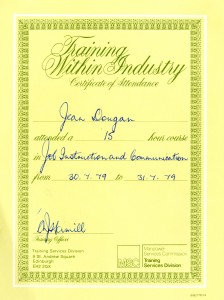 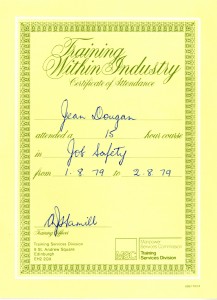 Jean made progress and was promoted to be an instructor. 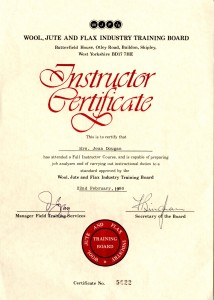 There was a  Pensions Scheme which Fleming Reid  put in place for its workers and Jean became a member of this scheme. 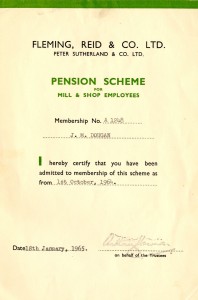 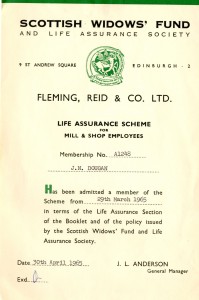 The noise level in the Merino Mill was such that many of the employees had to learn to lip read.  A number also suffered from hearing loss and tinitus.

Here is an article which appeared in the local paper as a result of which many former employees made a claim against the company for compensation for hearing loss.   Jean received a few hundred pounds as she was sixty two years old when she made the claim and some of her hearing loss was put down to age.    One of the younger employees, who had worked at the Merino Mill for a comparitively short time, received £1,500 in compensation.

Below is the redundancy letter that Jean received prior to Fleming Reid Mill closing permanently in 1981. 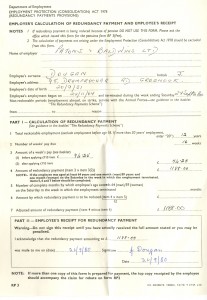