Posted by author2 on June 1, 2012 in Inverclyde Expats

Greenock people have long traveled widely, the connections with ships and shipbuilding, trade and commerce – imports and exports and the manufacturing industries.  There have also been businesses that have developed overseas branches and others who have sent personnel abroad to help local people develop their own manufacturing bases.  Perhaps the Greenock Russia connection is less well-known, though it was from Greenock during the Second World War that many ships on the lifesaving Arctic Convoys to Archangel and Murmansk  set off, but that is another story.

The Muir bothers, James and Andrew  lived in Greenock.  They were merchants and traders who became very prosperous in a variety of ventures, including the unlikely venture of straw hat making.  From the profits of this company James Muir became a partner in the Clyde Pottery.  As they became more affluent they bought Rosebank in the west end of the town, then almost in the country far from the overcrowded centre.  The house was divided into 2 family houses, for James and for Andrew. 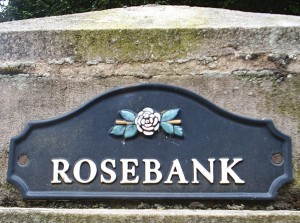 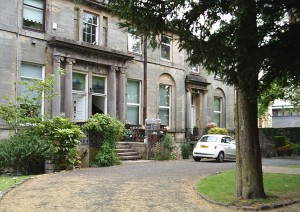 Jane Isabella Muir married ( 21 December 1810 – 1875), daughter of James, married a widower some years her senior, a business man Archibald Mirrielees (1797 – 1877) on 21 April 1844 in London.  He was already in business in Russia and the newly married couple returned there to set up home.  Archibald planned to retire when he reached 60 and so he took into partnership Jane’s brother Andrew Muir and his own son William Mirrieless and  the partnership of Muir and Mirrielees was born in St Petersburg.  This was around 1857.  However it was on to the next generation that the names became well-known as the partnership established a departmental store in Moscow in 1892.  Business flourished and was know throughout the country via their mail order catalogues. 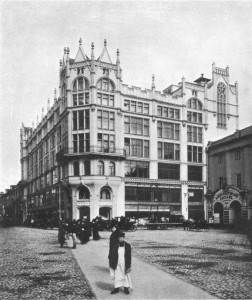 After a fire in 1900, M&Ms commissioned an architect to plan a custom-built store with 80 departments with all the latest developments taken into account, electricity and the first elevator in Moscow included.  The great and the good shopped there and purchased from their large catalogues which sold everything, for the home and for all the members of the family, toys to furniture. Anton Chekov the writer was a regular customer and he named two of his dogs after the partnership, Muir and Mirrielees. After the revolution the store became known as Ts.U.M.  It is still in business today and can be found near to the famous Bolshoi theatre.

Author Harvey Pitcher has written several books about the British connection with Russia, but 2 tell the stories of Greenock families and their enterprises in the 19th and early 20th centuries, the Muirs and the Smiths. 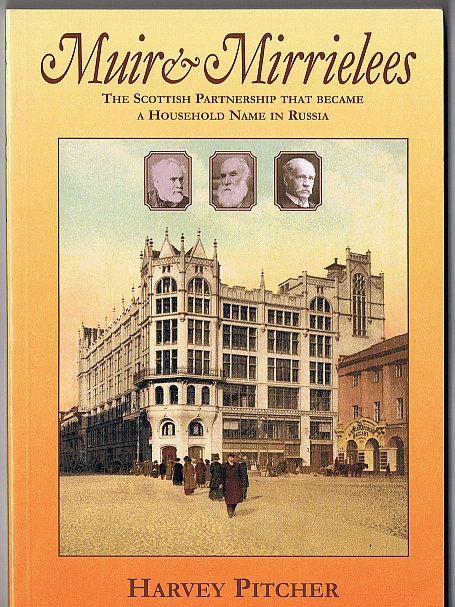 In the 1840s “railway mania” world-wide began.  In 1847 a Russian Mission came to Glasgow to recruit technical experts to assist in expanding their railway and allied industrial industries and to train workers.  The contracts offered were extremely generous and Richard Smith (1824-1902) of Greenock, who had been apprenticed at Cairds and later worked for Scotts and then with the Caledonian Railway Company saw it as an opportunity to save money to get married.  In 1847, at the age of 23 he left for St Petersburgh to work in the Kolpino Locomotive Works.  His brothers followed, James (1840-1927), Gavin and John (1823-1890).

By 1849 he was well settled and sent for his sweetheart Janet Miller and they married in St Petersburgh on 30 August (11 September UK date).  They had 2 sons and 1 daughter.  John returned to Greenock early on as found the climate too harsh for him and he suffered from frostbite.  In 1854 the contracts with the government came to an end but Richard and his brothers decided to stay on Richard set  up his own business in Moscow, the Smith’s Boilermaker Works in 1856.

His sons John and Richard jnr took over the business on Richard snr’s retirement in 1894.  The brothers and their families became part of the Scottish ex-pat community there.  It was reckoned that there were about 30 Scottish families in Moscow.  They all were all settled and prospered though they kept in contact with their Scottish roots.  John’s extended family in Greenock remember a visit by Richard in 1901 – this was shortly before his death in Russia in 1902.  The Russian revolution in 1917 brought all this to end and the families had to leave the country, scattering to various countries. 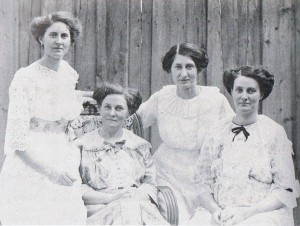 The family of John Smith (Richard’s son) taken in 1913 shortly before they left Russia.

Helen Smith of Greenock, John snr’s grand-daughter at the age of 90 (in 1985) recalling memories of her great uncles and their time in Russia.