Sister Isabel Meldrum is commemorated on the fine memorial erected by members of the Military Nursing Services in St Giles Cathedral in Edinburgh to Scottish nurses who died while on war service.  She served with the Territorial Force Nursing Service during the First World War.

Isabella, or Bella as her name appears on one of the census records was born in England to Peter and Isabella  Meldrum but by the 1881 census the family had moved to Greenock.  Her father was a shipowner and they lived at 22 Eldon Street and later at 29 Ardgowan Street.  Sadly the family met with a number of tragedies, her father died in 1886, her brother James died in Rangoon in 1895 and her younger brother Patrick was drowned in 1898 and her mother died shortly afterwards while staying with her daughter in Wales.

In the 1901 census Isabel is shown as a lodging house keeper in Glasgow with her sister Mary Aitken (shown as a “vocalist”) living with her but after this she appears to have trained as a nurse.

She was trained at the London Hospital and then at the Victoria Infirmary in Glasgow and worked as a private nurse until the out break of the First World War when she enlisted as a nurse.  She served in the Territorial Force Nursing Service and became a sister in the 3rd Scottish Territorial Hospital based in Stobhill Hospital Glasgow.  She was well-known for not only her nursing skills and devotion to duty but for her little acts of kindness in helping her patients in their recovery.  Tragically she succumbed to pneumonia after a short illness and died in Ruchill Hospital on 2nd February 1918.

She was buried in Greenock with full military honours in Greenock, the pall bearers being her nursing colleagues and her own sisters and laid to rest in the family lair.  (A fine tribute appears in the Greenock Telegraph on 8th February 1918)

She is remembered not only on the Nurses Memorial in Edinburgh  but by the Commonwealth War Graves Commission but sadly not on the Greenock War Memorial.

Recently the Commonwealth War Graves commission erected this stone in her honour in Greenock Cemetery. 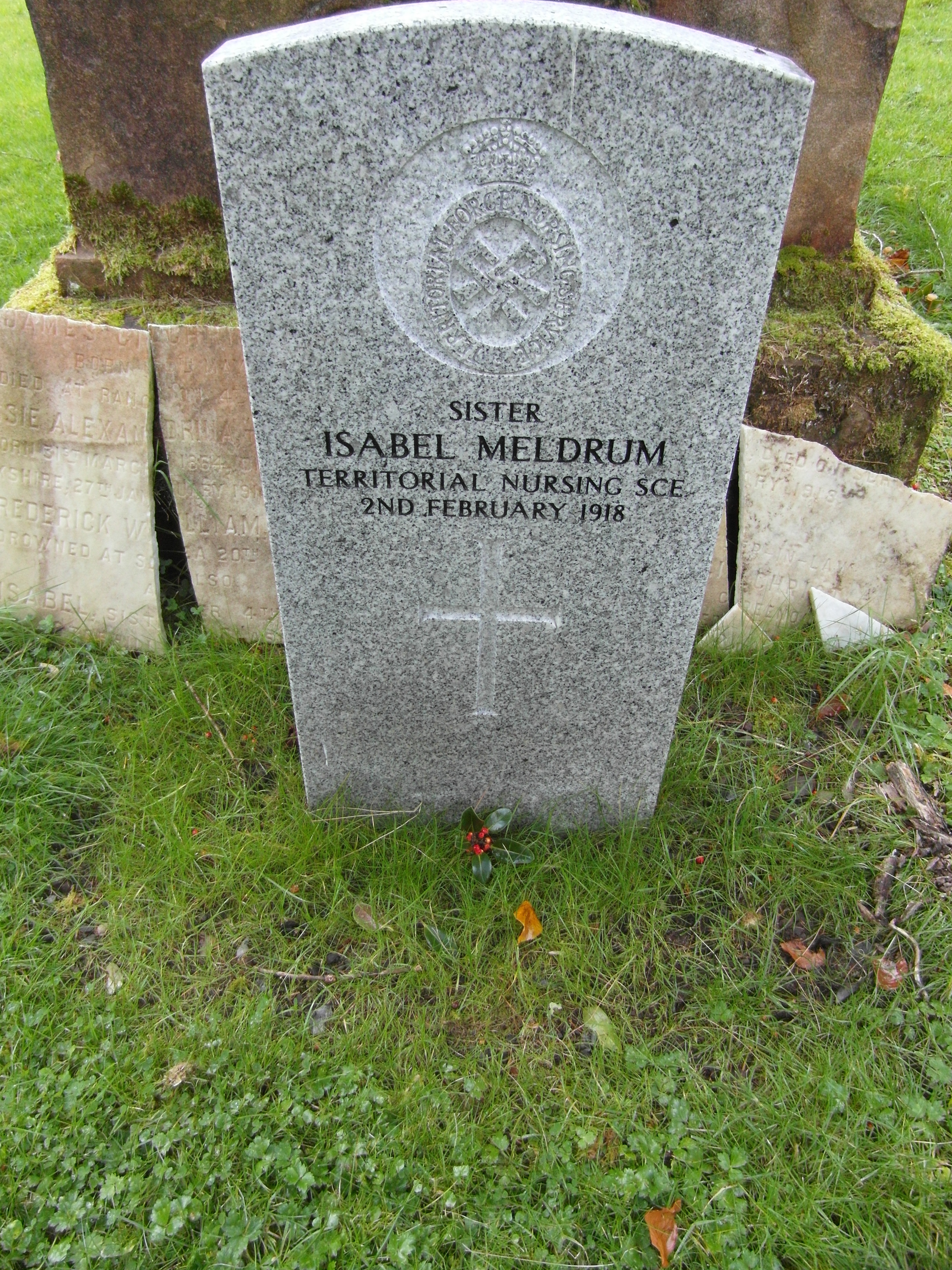