Posted by author2 on January 25, 2013 in Local Connections 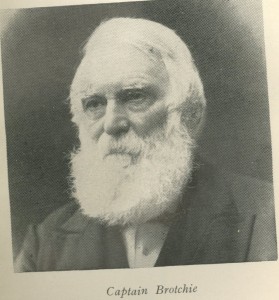 Donald Brotchie was the chaplain of the Seamen’s Friends Society, he was born in Great Yarmouth on 7th February 1807.  His family were from Dingwall, his father was a sergeant in the Rossshire Militia and was stationed in Yarmouth during the Napoloenic Wars.

Donald was seven when his parents returned to Tain.  Donald wanted to go to sea but his father was opposed to this and found him a situation in a lawyers office in Dingwall which he did not like at all. He later moved to Aberdeen and became a carpenter. It was in Aberdeen that he became an abstainer from alcohol and joined the Temperance Movement.

Finding himself in Tain he was asked to command a vessel.  The owners finding out that he did not visit the whisky shops gave him command of  larger vessels.  He sailed his vessels on Temperance principles.

When he left the sea  Donald devoted his life to missionary work  in Gateshead and Tynemouth. He came to Greenock about 1850 and was a well kent figure in his boat Bethel which he used to carry out his missionary work.  He welcomed the crew of incoming  ships and prayed with the crew of outgoing ships.  He was known for leaving boxes of books on ships.  Books of his sermons were published and given to sailor’s for their use at sea.  He also gave succour to grieving families of seamen who had died at sea. He helped to establish a Seaman’s Home, with eighty bedrooms, a Seaman’s Chapel seating 300, and a Reading Room.

Donald was a very active member of the Temperance Movement and travelled throughout the west coast supporting the temperance cause.

Donald was married four times and had 3 children.  He died at Greenock on 23 February 1889 and was buried in Greenock Cemetery. On hearing of his death all the ships in the harbours flew their flags at half mast.  He was held in such great respect that the townspeople raised a memorial to him. 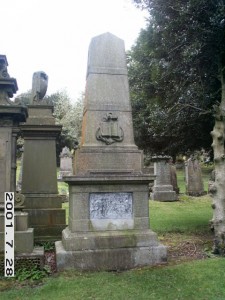