In the 1870s a group of Greenock Business men, including a Mr Thomas Borthwick who had a deaf child, went to hear Alexander Graham Bell in Glasgow lecturing about his “Visible Speech Machine”.  They approached him afterwards about the possibility of him helping start up a school in Greenock for the deaf children of the area using his ideas on communication and education. 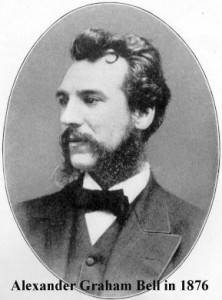 A small school was to be set up with the business men agreeing to finance the salary of a teacher in 1878.  Unfortunately the first teacher who was to come from America didn’t turn up and Bell undertook to come to Greenock himself to set up the class and teach the children himself in a room in the Greenock Academy, then situated in Nelson Street.

The children were encouraged to mix with the hearing children in every possible way and joined them for subjects such as writing, drawing and sewing.  After a year a teacher arrived from America to take over the education of the children of Greenock and the surrounding area.  At the time it was a private class but later the School Board took it over.  In a Greenock Telegraph report from 14 October 1948 a pupil from that time, Elizabeth Natalie Meyer recalled being taught by Bell himself.  She recalled Bell as “a tall man with a black beard”  She was only 3 years of age and had become deaf after a childhood illness.   It is now believed that an outbreak of rubella could have caused several children of an age to become deaf including Elizabeth. 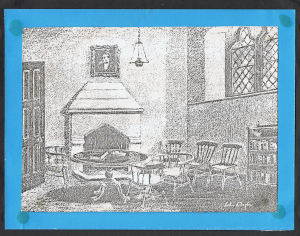 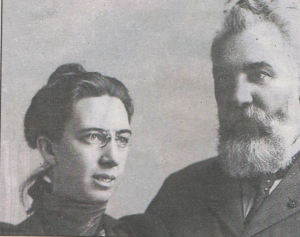 While Teaching in the school  Bell and his wife lived at Ashton in Gourock.

← Ian McCrorie – A Life Lived to the Full
Duncan McNeil →